What to Do if Concrete Cylinder Test Fails at 28 Days?

The failure of the concrete cylinder test at 28 days occurs due to several factors like improper casing and curing of specimens and an incorrect mix of concrete used for construction. The cause of the failure should be identified by engineers, based on which proper actions need to be taken.

The first step should be checking whether the failure is due to inappropriate casting, curing, or testing procedure of the specimen. If the process for making samples was right, then the fault could be due to incorrect mix, which produced a low-strength concrete.

Engineers need to conduct tests on the structure like a core cutter test to ensure whether the concrete utilized in the construction of the building achieved designated strength or not. If the strength of the concrete was low, then use suitable strengthening and rehabilitation techniques to increase the load-carrying capacity of the structure.

The concrete cylinder strength at 28 days indicates whether the strength characteristics of the concrete used in the construction of a structure are good enough or not.

According to ACI 318-19, the strength of concrete is not acceptable if it does not meet the following two criteria:

The high concrete strength but weak cylinder specimen strength can be due to several factors which are listed below:

Therefore, engineers should closely monitor all procedures of cylinder preparation and curing to ensure that specimens properly represent the concrete of the structure.

2.2 Both Concrete and Cylinder Strength are Low

If the scenario discussed above is not the reason for cylinder failure, then further tests and calculations should be carried out to determine whether the strength of the structure has reduced significantly or not. This scenario may be due to:

In this scenario, consider the following actions:

Conduct a hammer test to evaluate concrete compressive strength. If the strength is still low in cylinder specimens, then you should go for a core cutter test.

Carry out the core cutter test to properly evaluate the concrete strength of the structure. Based on specifications of ACI 318-19, “three cores must be taken for each strength test that falls below the specified compressive strength by more than the limit allowed for acceptance."

If the concrete fails to reach the acceptance limit of the core cutter test, then consider a proper strengthening technique.

The rehabilitation methods can increase the load-carrying capacity of structural members to gain the designated strength. One should investigate the suitability and various aspects of each strengthening technique to select the most suitable, economic, and effective method for the structure under consideration.

Why do we test concrete cylinder at 28 days?

Concrete gains strength with time after casting. It takes much time for concrete to gain 100% strength and the time for the same is still unknown. The rate of gain of concrete compressive strength is higher during the first 28 days of casting and then it slows down. Read more about it here.

Does concrete gain strength after 28 days?

Concrete gains strength after 28 days but at a slow rate.

How do you test a concrete cylinder?

The compressive strength of concrete cylinders is determined by applying continuous load over the cylinder until failure occurs. The test is conducted on a compression-testing machine. Read more about it here.

What are the criteria for concrete acceptance according to ACI 318-19?

Repairs and Rehabilitation of Concrete Structures for Failure and Defects 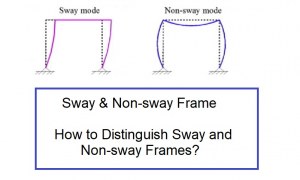 Sway and Non-sway Frames: What is the Difference Between the ... 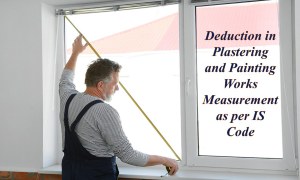 How to Calculate Deductions for Plastering and Painting Works as ...