Gotthard Base Tunnel: Construction Features of the World’s Longest Tunnel

The 57 km-long Gotthard Base Tunnel is a part of the NRLA project and is the world’s longest transportation tunnel. The tunnel consists of two different tubes of a single track with diameters varying between 8.5 to 9.5 m. The tubes are connected with the cross-passages at an interval of 312 m along the central axis of the tunnel.

Two multifunction stations were constructed at one-third and two-thirds distance along the central axis of the tunnel, and are located in the Faido and Sedrun sections. The purpose of these multifunction stations is to divert the trains, provide a path for emergency evacuation, and house technical infrastructure and equipment.

1. Geology of the Gotthard Base Tunnel

The following points describe the geology of the Gotthard Base Tunnel:

2. Tunneling Methods Used to Construct the Gotthard Base Tunnel

Two tunneling methods were used to construct the Gotthard Base Tunnel: Conventional tunneling method and Tunnel Boring Machines (TBM). These methods are described in detail in the subsequent section.

Construction of an underground opening using conventional tunneling comprises of the following procedure:

Each of the above steps is carried out in a cyclical process. The tunnel is divided into small segments and the same procedure is followed for each segment. An experienced team of tunnel workers, with the help of standard or special equipment, executes each individual cycle of the tunnel construction.

The following standard set of equipment is required for conventional tunneling:

TBMs are generally used for excavating a circular profile for a tunnel. A TBM can work under varying ground conditions from very soft rock to very hard rock.

The most common procedures used for tunnel construction using TBM are explained below:

The advantages of the TBM over conventional tunneling methods are discussed below:

To read more about the working and operation of TBMs, click the link:

2.3 Criteria for Selection of the Excavation Method

Excavation methods for tunneling are selected based on the type of project depending on the following points:

The construction of the Gotthard Base Tunnel was segmented into five sections and the excavation methods were selected for five sections. The length of each section ranged between 6 km to 15 km.

The central section of the Gotthard Base Tunnel was named Sedrun and it consists of a 6 km length of the tunnel. From the Sedrun section, the excavation had to be started in both the northern and southern directions with the help of an 800 m deep shaft. The rock condition in the Sedrun section was varying from very good rock to very poor rock.

Also, the overburden pressure was more than 1 km with a high squeezing potential. Additionally, the influence zone of the concrete arch dam was obstructing the southern tunneling drive. Under these circumstances, the engineers decided to choose conventional tunneling excavation method for the Sedrun section.

Out of five, the other four sections were Amsteg (11.4 km), Erstfeld (7.1 km), Bodio (14.8 km), and Faido (12.2 km). The rock condition and other boundary conditions were good for these four sections. Thus, the selection of the excavation method was decided based upon the construction time and cost. Tunnel Boring Machines (TBMs) were selected for the excavation of these four sections. The main reason behind the selection of TBM was to reduce the construction time.

Why was the Gotthard Base Tunnel constructed?

The Gotthard Base Tunnel was constructed to provide a faster and more reliable rail link between northern and southern europe.

Which is the world’s longest railway tunnel?

The Gotthard Base Tunnel is the world’s longest railway tunnel.

What are the tunneling construction methods used to construct the Gotthard Base Tunnel?

Conventional tunneling methods and tunnel boring machines were used to construct the Gotthard Base Tunnel.

What are the major types of rocks encountered during the construction of the Gotthard Base Tunnel?

The rocks encountered in the vicinity of the Gotthard Base Tunnel are gneisses, phyllites, and schist. The gneisses rock was mostly filled with the debris of soft soil.

The Collapse of the Big Dig Tunnel: Most Expensive Tunneling Project in the History of US 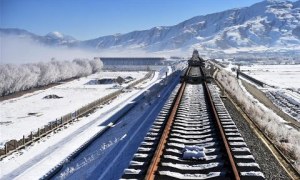